3 Companies, 3 very different campaigns and social media success stories that show it's about way more than just your budget

Geo-targeting, retargeting, cost per clicks, click-through-rates, impressions... The world of mass advertising as a passive feedback module is over.

The spray and pray approach of the past has been replaced by a deeper awareness of consumer needs. Not to mention an understanding that being relevant means taking a segmented approach to your marketing.

Whether your business goals are to create awareness, encourage engagement or drive sales, your brand needs to be visible to your audiences – wherever they are, whenever they are interested in interacting with it. 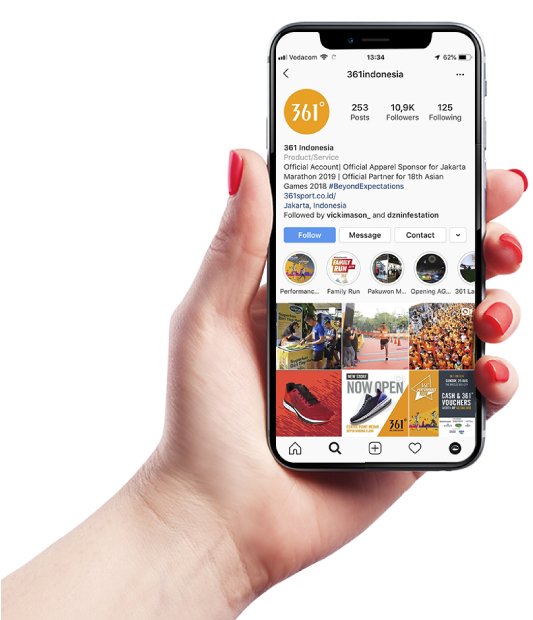 Whether your brand has a large presence and liberal budgets like MATAHARI department store, a niche audience like sports brand 361˚ Indonesia or is relevant only within a few miles of its offering like the CCID, the strategic approach to online marketing is the same.

To run a successful digital campaign, you need to understand your customer's needs. Then, devise a single-minded message to reach them, determining the success goals upfront.

Marketing success can take many different forms. Growing a fan base, getting people to donate to your cause, attending your event or selling your goods online are just a few ways to elicit a response and build brand awareness.

Although target markets, brand segment and spend are very different for each of our brands, we follow the same steps in managing their campaigns:

In under 8 months we:

Design Infestation has been working with MATAHARI Department Store in Indonesia as brand and marketing consultants, and as advisors on their digital, OOH and in-store platforms for 3 years.

Since our involvement, MATAHARI's social media pages now outrank their biggest competitor in views, followers and interactions for the first time.

To date, YouTube has amassed over 100 million views with over 100 000 new subscribers, 500 000 followers on Facebook and 1 million on Instagram. Our PPC campaigns across all 4 major channels received more than 1 billion views in 2019.

One of our most socially complex campaigns, with the least available budget, was for a local non-profit, the Cape Town Central Improvement District (CCID).

The #ShowYouCare campaign was aimed at raising funds for the NGOs who work directly with the homeless community in the central city as well as raising awareness of what the CCID and its affiliate partner NGOs do for people who live on the streets.

The geographical footprint of Cape Town central is tiny, and audience visibility was limited to a 2-mile radius.

External factors are also at play. During the campaign period, the media raised a concern about the City's bylaws with regards to the homeless community. In this 5 week period, donations fell considerably. In the first month, the campaign received an above-average CTR of 1,6%, dropped during the media storm, and then regained traction in the last 3 weeks, evening out at an average of 0.62% for the 12 week period.

The donation results were however very positive. In 3 months, the campaign raised R50k. To put this in perspective, the usual annual income raised for this cause is R60k.

From a reach and engagement point of view, 527k unique people saw the campaign, with1 302 730 impressions served, and 8054 clicks received, on a media budget of R23k.

When you crunch the numbers, the results prove time and again that the strategy behind how, when and to whom you serve great creative to is the key success factor to an online campaign.

Here's to building your own future social media success stories.

Also see how rebranded Indonesia’s biggest fashion retailer Matahari. How we activated 361 Degrees Sports in various markets around the world. And how we handled some specific CCID marketing campaigns.

Plus: Explore the possibilities of gaining a competitive advantage with our brand strategy service. Amplify it with superior brand design, next-level content creation and publishing and spectacular digital design.

See our special guide to marketing during COVID-19 and don't miss our blog's regular and insightful marketing news.

And winemakers, see how to sell your wine.

This iframe contains the logic required to handle Ajax powered Gravity Forms.
Scroll To Top
Need Help? Chat with us
Start a Conversation
Hi! Click one of our member below to chat on Whatsapp
The team typically replies in a few minutes.
Christo Maritz
Christo Maritz
ENQUIRE NOW